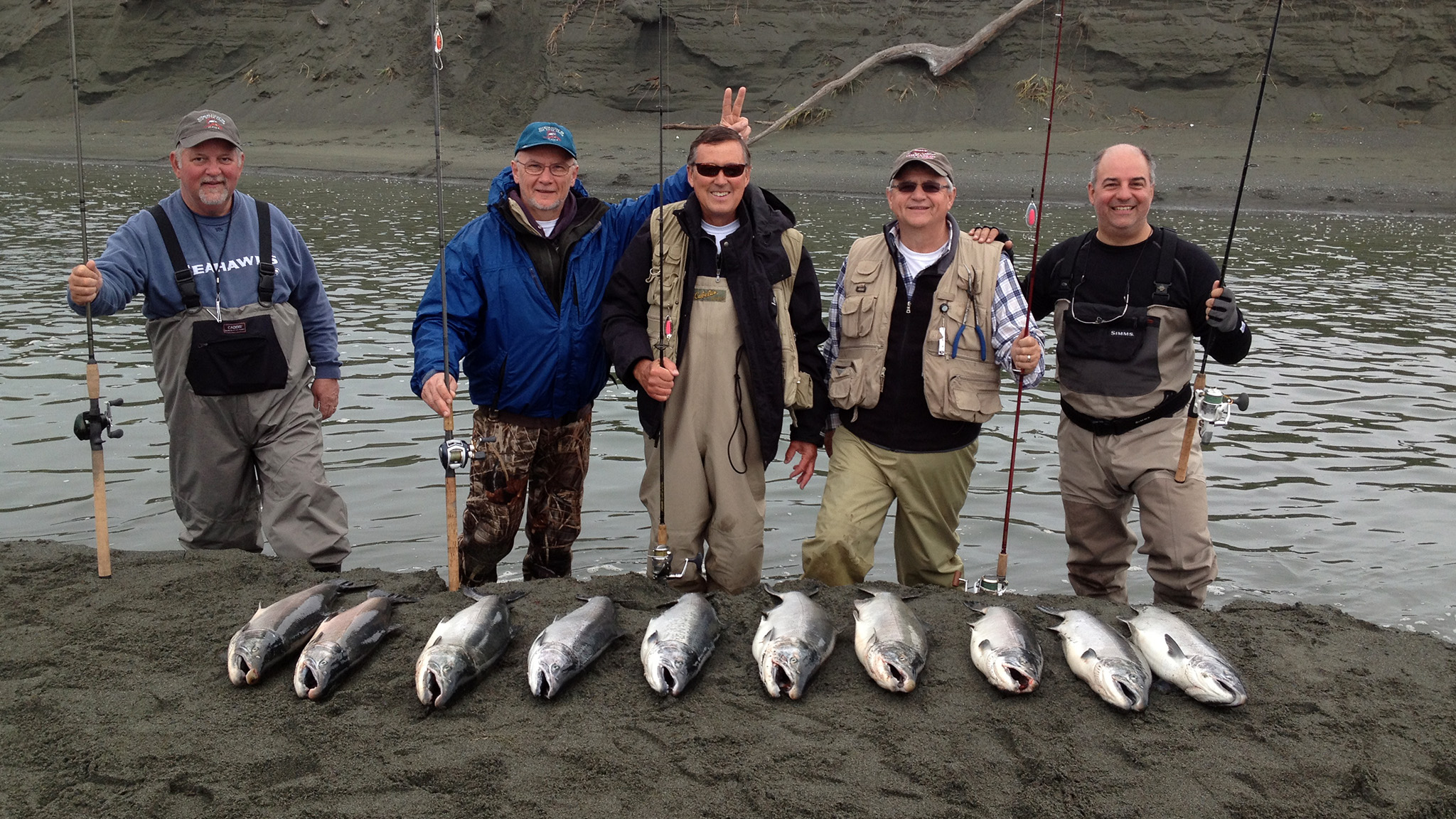 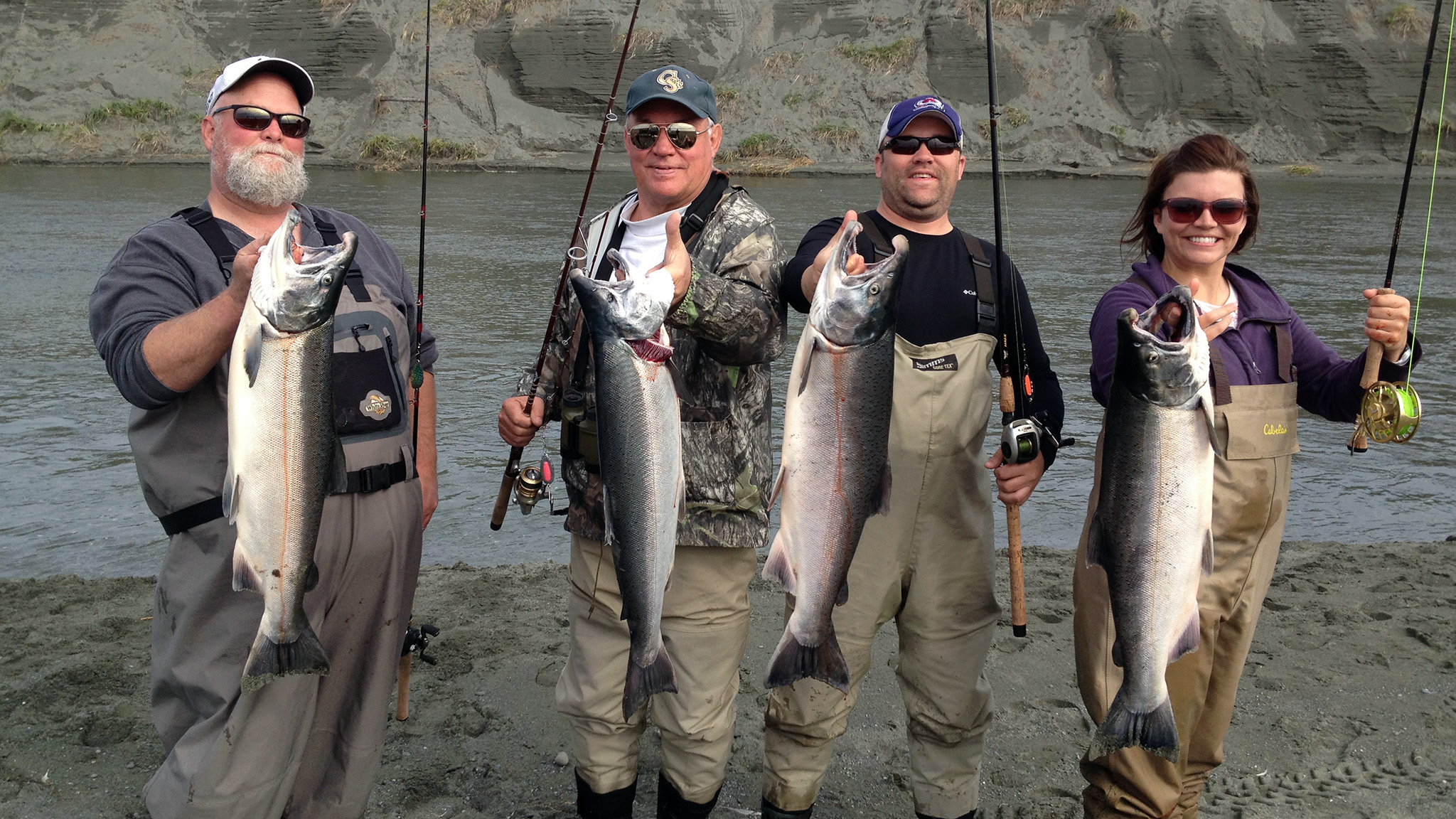 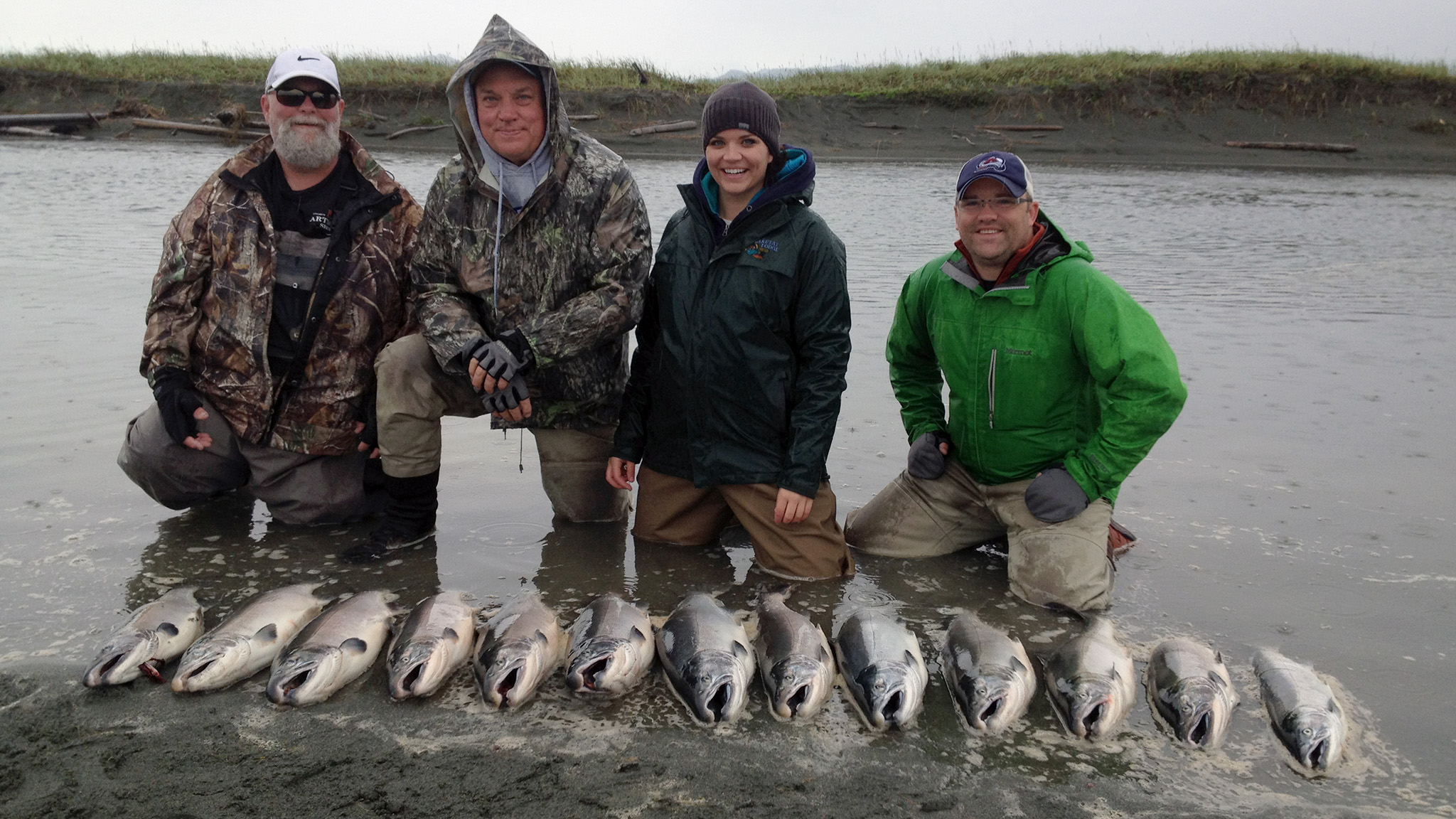 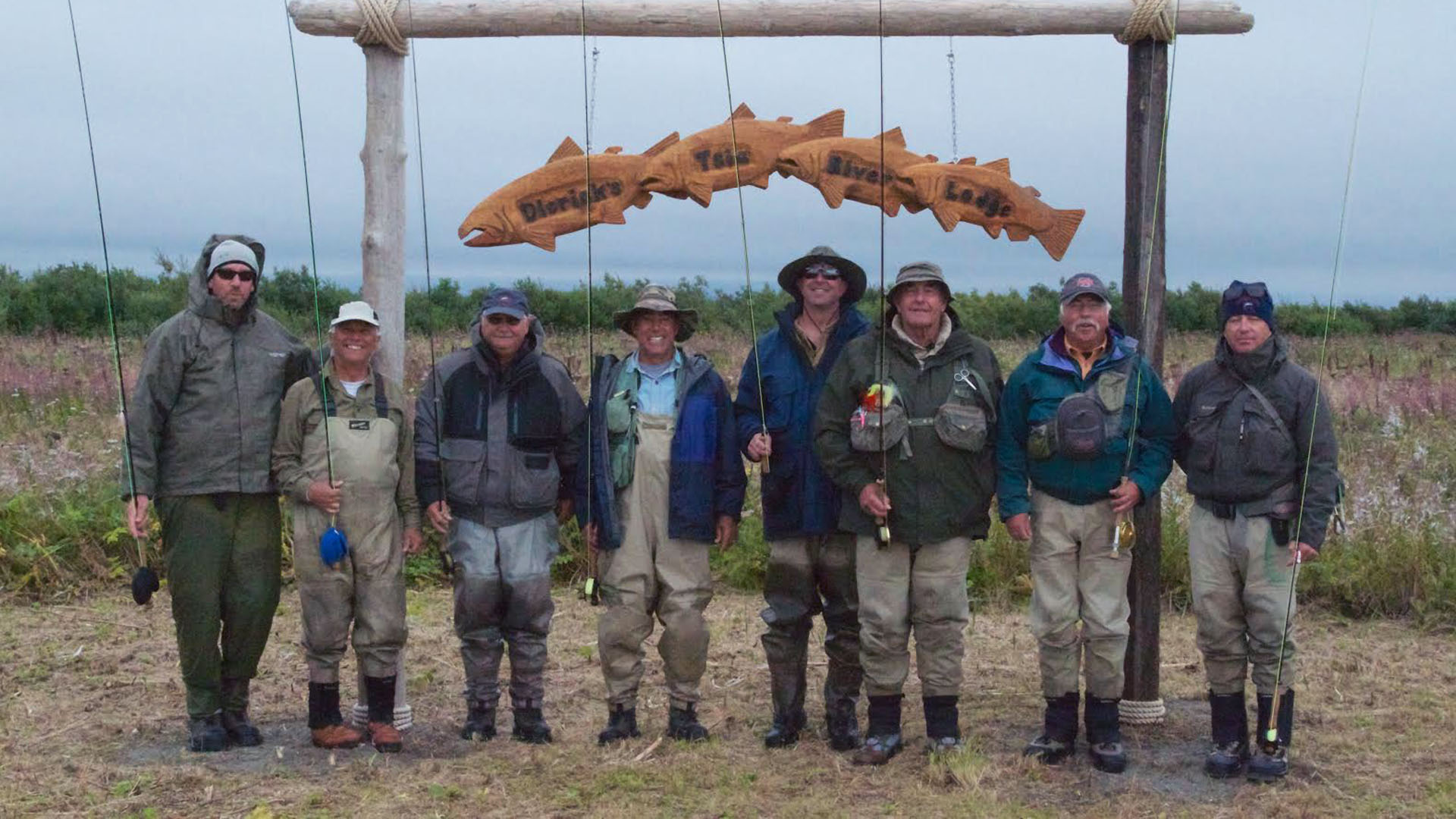 Our season here in Alaska at the Tsiu River Lodge runs from the first week of August until mid-October. During this time, you will be able to sight cast to thousands of chrome bright Silvers, fresh in from the Gulf of Alaska. There are massive numbers of Silver Salmon (Coho) in the Tsiu River at this time as it is the peak of the Salmon run.

Silver Salmon are not the only quarry that we pursue at Tsiu River Lodge. The Steelhead start running in September and continue through the remainder of the season. Although more wary and elusive than the Silver Salmon, these fish are prized for their cartwheeling aggressive battles that frequently test the limits of your fishing tackle.

In addition to the Silver Salmon and Steelhead, Sockeye Salmon, Pink Salmon and Dolly Varden Char are also present in the river. If you are here earlier in the season, you will likely encounter the bright red Sockeye or on odd years, the Pink Salmon. The Dolly Varden are always present and can add some diversity to your fishing day.

The fishing on the Tsiu River is nothing short of spectacular. Your trip to our fly out Alaska wilderness fishing lodge will be a trip to remember for the rest of your life! Call now (907) 784-3625.

Once you experience world-class Alaskan Silver Salmon fishing at Dierick's Tsiu River Lodge, you will want to come back every year and we would love to have you! 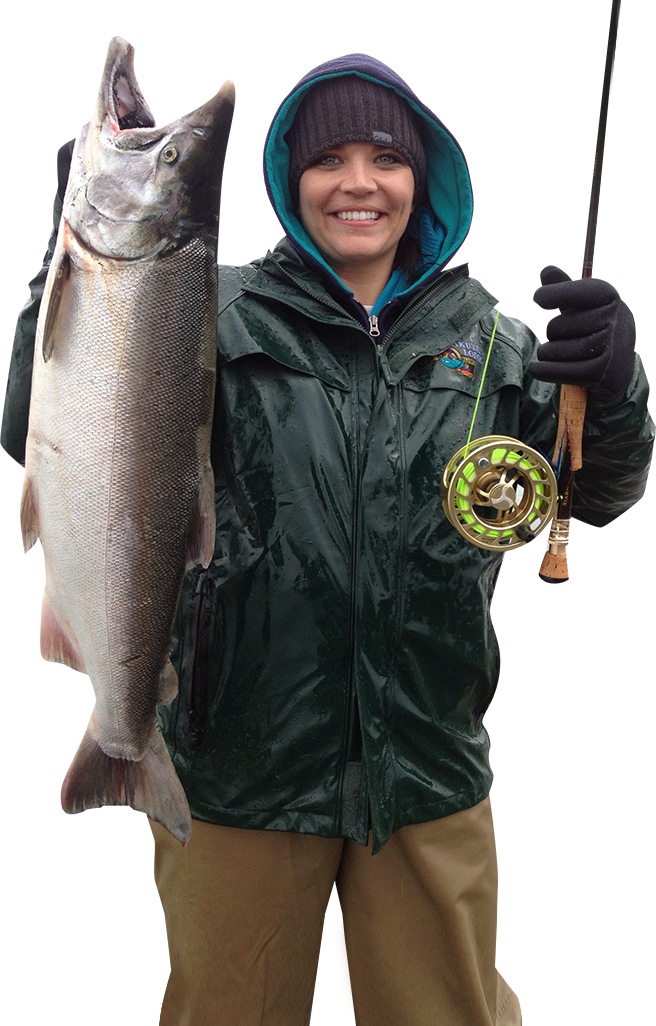 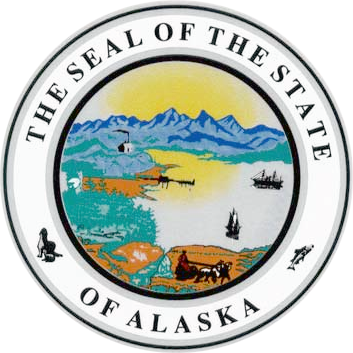 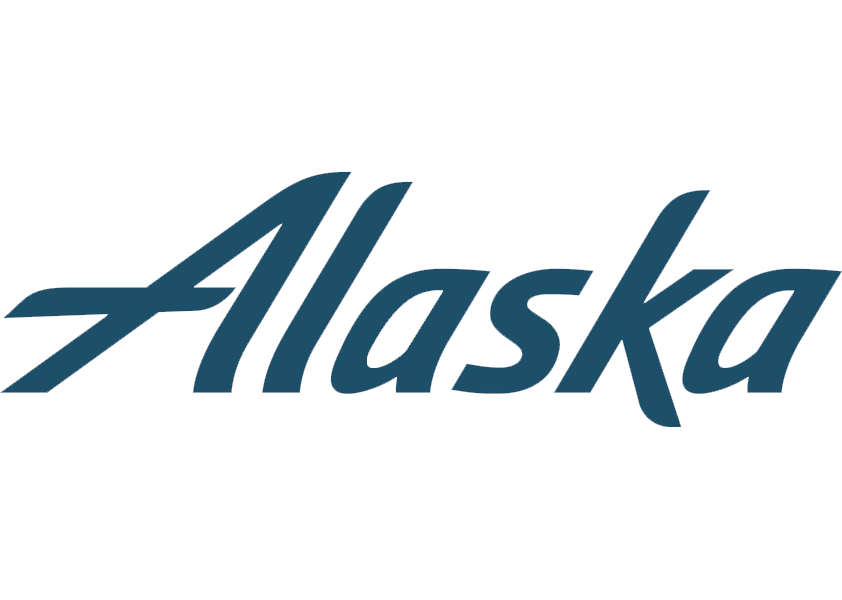